He is one of the world's biggest rockstars with a remarkable career spanning five decades and filled with unmatched success. Paul McCartney remains a force in the music industry today and continues to build his lasting legacy. Grab your Paul McCartney tickets from Ticket Club and save big. 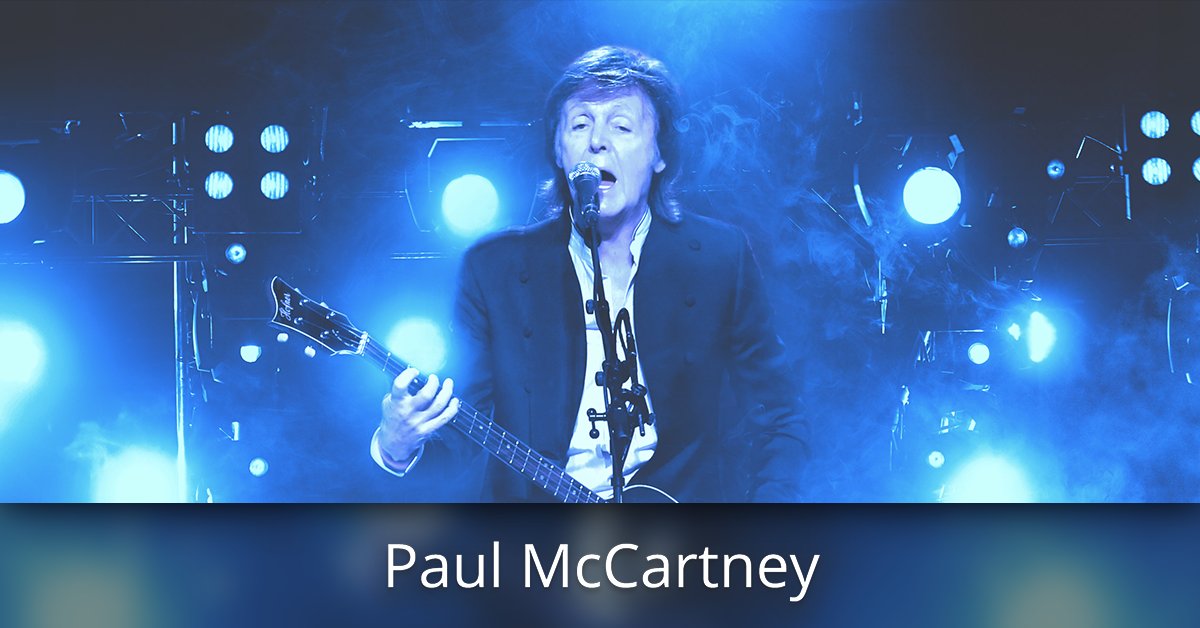 Find Paul McCartney Tickets Near You

Our ticket pages are sorted into two sections. At the top, you will see Paul McCartney tickets near your current location (or whichever location your device is set to), followed by all general Paul McCartney tour dates. If you'd like to search by a different location, you can adjust it at the top of the screen.

As a founder of the Beatles, Sir Paul McCartney became an international sensation in the 1960s. His beloved songs co-written with bandmate John Lennon have stood the test of time and put McCartney on the musical map as a powerhouse singer-songwriter. After a decade of being on top of the world with the Beatles, McCartney later formed his next band Wings and ventured on a solo career. He scored hit after hit with Wings and on his own. McCartney's long list of career achievements and accolades include inductions into the Rock and Roll Hall of Fame both with the Beatles and as a solo artist, a star on the Hollywood Walk of Fame, a prestigious Kennedy Center Honor, plus multiple Grammys, Brit Awards and even an Academy Award. He has sold out some of the biggest venues in the world and continues to draw massive crowds any time he performs, with fans and music critics alike heralding McCartney as perhaps the most influential musician of the past century.

Paul McCartney has of course been behind countless beloved Beatles songs such as "Let It Be," "I Saw Her Standing There," "Hey Jude," "Come Together" and "All You Need Is Love." As a solo artist, he has released 18 albums and dominated radio waves with hits like "Band on the Run," "Listen to What the Man Said," " Maybe I'm Amazed," and "Coming Up." On top of that, he has collaborated with other legendary artists including Stevie Wonder ("Ebony and Ivory"), Michael Jackson ("The Girl Is Mine" and "Say Say Say"), and Rihanna ("FourFiveSeconds").

The McCartney-penned hit "Yesterday" is said to be the world's most covered song with over 2,000 known recordings of it and counting.

Want to get up close and personal with this music superstar? Paul McCartney floor seats are available at every show. While these premium seats are some of the most in-demand tickets, Ticket Club Premier members can save on cheap Paul McCartney tickets with no fees.

You will find all Paul McCartney tour tickets at Ticket Club now, plus additional performances as they are announced. See all the stops and cities scheduled at the top of the page and find out when Paul McCartney is coming to a city near you.