They’ve been making music for over 35 years and have become one of the world’s biggest rock bands. See why millions of people around the world can’t get enough of Metallica. Grab your Metallica tickets from Ticket Club and save big. 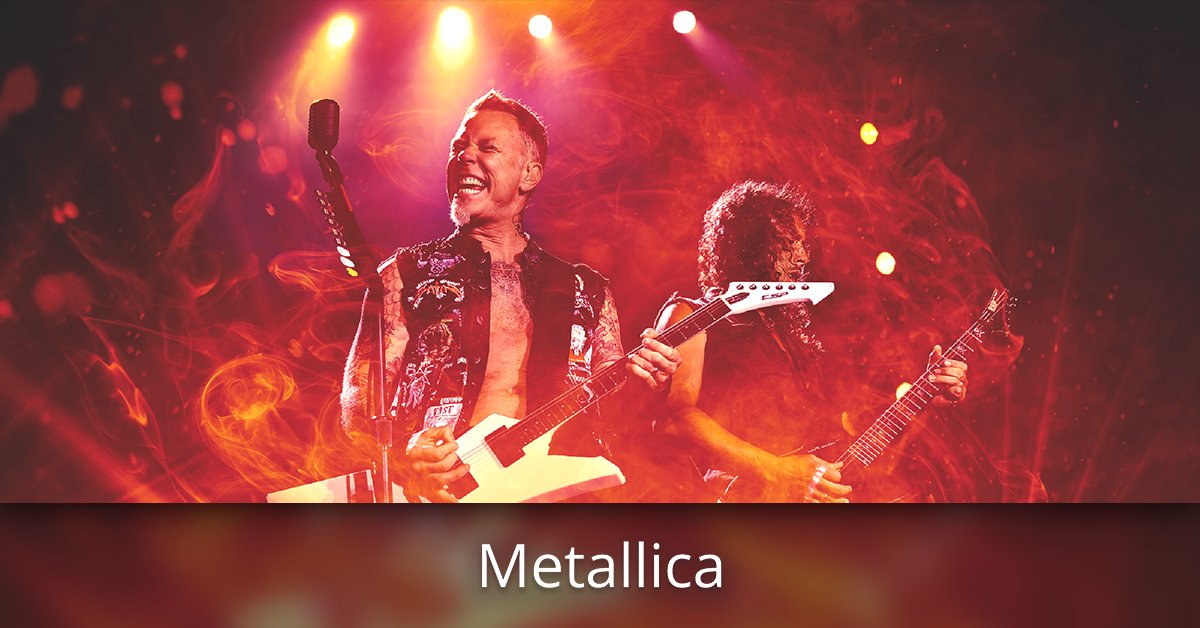 Find Metallica Tickets Near You

Our ticket pages are sorted into two sections. At the top, you will see Metallica tickets near your current location (or whichever location your device is set to), followed by all general Metallica tour dates. If you'd like to search by a different location, you can adjust it at the top of the screen.

Metallica launched their impressive career in 1981 and soon after the release of their debut single “Whiplash” and album Kill ‘Em All, the band began to pick up a fan following amid the creation of the new thrash metal genre. They saw growing commercial success throughout the remainder of the 1980s, but it wasn’t until 1991 when they’d score their first No. 1 album. Their fifth record, the eponymous effort Metallica topped charts in several countries and remains the band’s best-selling album to date with the elite Diamond sales certification.

The pioneering band – currently comprised of frontman James Hetfield, guitarist Kirk Hammett, bassist Robert Trujillo and drummer Lars Ulrich – have hit No. 1 with each of their subsequent albums since Metallica, including their most recent LP, 2016’s Hardwired…to Self-Destruct.

They’ve played some of the biggest venues in the world and have been praised as one of the most influential American rock bands in history, earning accolades like Grammy Awards and an induction into the Rock and Roll Hall of Fame.

Metallica’s extensive collection of hits include No. 1 smashes “Until It Sleeps,” “Hero of the Day,” Turn the Page,” “I Disappear,” “No Leaf Clover,” “The Day That Never Comes” and “Cyanide.” However, they are perhaps best known for 1991’s Platinum-selling single “Enter Sandman.”

In 2011, Metallica was named one of the 100 greatest artists of all time by Rolling Stone magazine.

Want to get up close and personal with this legendary band? Metallica floor seats are available at every show and in most cases, so are Metallica VIP ticket packages. While these premium seats are some of the most in-demand tickets, Ticket Club Premier members can score cheap Metallica tickets with no fees.