This Italian tenor has one of the world’s most renowned voices and an unmatched career when it comes to classical music. Find out why people all over the world can’t get enough of Andrea Bocelli. Grab your Andrea Bocelli tickets from Ticket Club and save big. 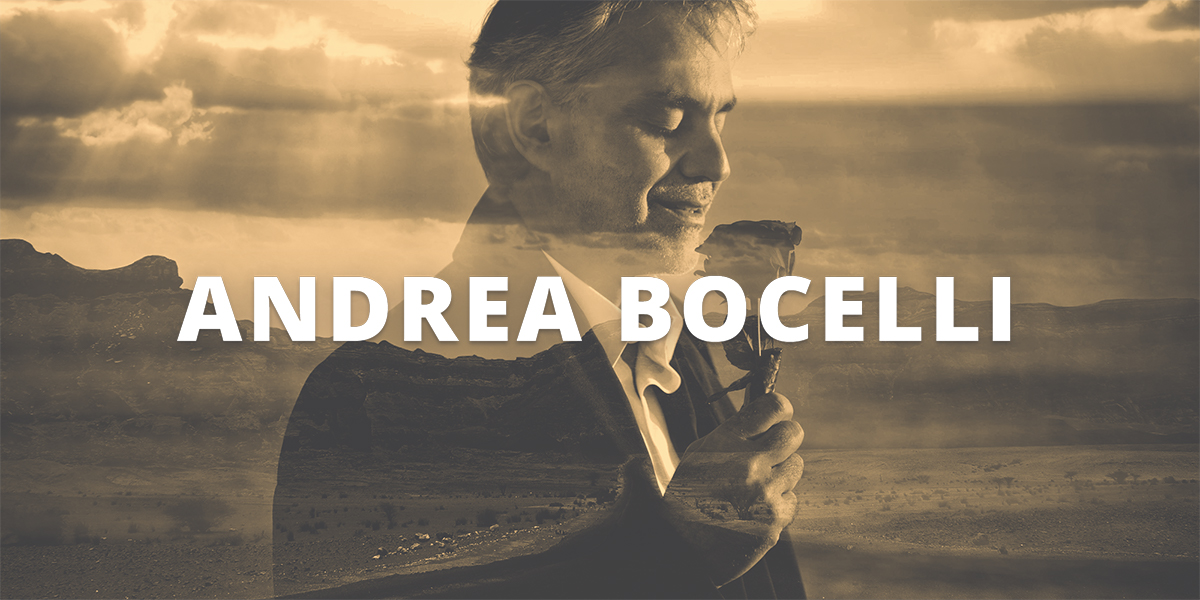 Andrea Bocelli’s remarkable singing career dates back to 1992 when he was recruited to record with fellow Italian musicians Zucchero and Luciano Pavarotti. This served as his launching pad and two years later, Bocelli released his debut album Il Mare Calmo della Sera. Noted for his distinct voice, Bocelli has appeared in music charts worldwide ranging in genres from pop to classical to opera. His popularity grew immensely by the late 1990s when he joined forces with acclaimed soprano Sarah Brightman and pop singer Celine Dion for No. 1 singles “Time To Say Goodbye” and “The Prayer,” respectively. Bocelli’s outstanding career accolades include multiple World Music Awards and Classical Brit Awards, as well as a star on the Hollywood Walk of Fame.

Find Andrea Bocelli Tickets Near You

Our ticket pages are sorted into two sections. At the top, you will see Andrea Bocelli tickets near your current location (or whichever location your device is set to), followed by all general Andrea Bocelli tour dates. If you'd like to search by a different location, you can adjust it at the top of the screen.

Want to get up close and personal with this musical marvel? Andrea Bocelli floor seats are available at every show and in most cases, so are Andrea Bocelli VIP ticket packages. While these premium seats are some of the most in-demand tickets, Ticket Club Premier members can save big with no fees on Andrea Bocelli tickets.