This actor and comedian has quickly become one of the most recognizable, and in-demand, stars of the 21st century. See why millions around the world can’t get enough of Kevin Hart. Grab your Kevin Hart tickets from Ticket Club and save big. 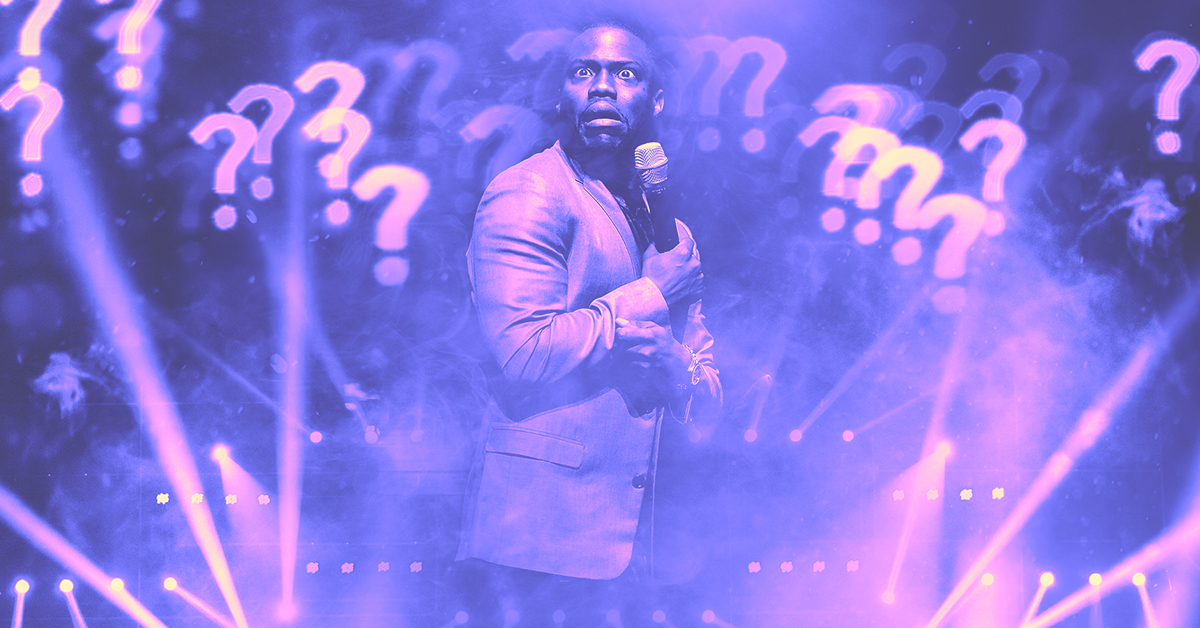 Find Kevin Hart Tickets Near You

Our ticket pages are sorted into two sections. At the top, you will see Kevin Hart tickets near your current location (or whichever location your device is set to), followed by all general tour dates. If you'd like to search by a different location, you can adjust it at the top of the screen.

Kevin Hart grew up admiring the work of comedy legends Eddie Murphy, George Carlin, Richard Pryor, Dave Chappelle and Jerry Seinfeld – whose styles he would take inspiration from and try to emulate. While he aimed to jumpstart his career strictly by performing stand-up routines in comedy clubs, success was hard to come by for Hart. He struck gold when he appeared in Judd Apatow’s short-lived series Undeclared. The gig soon prompted Hart to land other comedic film and TV roles. As he scored more screen time, his stand-up also took off and he soon was filming stand-up specials and launching worldwide comedy tours.

His major accolades include multiple People’s Choice Awards, BET Awards, NAACP Image Awards and being named one of the world’s 100 most influential people by Time magazine.

Where To See Kevin Hart

Check out Kevin Hart’s hilarious stand-up in one of his taped specials: I’m a Grown Little Man, Seriously Funny, Laugh at My Pain, Let Me Explain and What Now? His dozens of other film and television credits include appearances in Modern Family, Wild ‘N Out, This Is The End, Along Came Polly, The 40-Year-Old Virgin and Soul Plane. He has had starring roles in Think Like a Man, About Last Night, Get Hard, Jumanji: Welcome to the Jungle, the Ride Along series and a voiceover role in The Secret Life of Pets.

In 2016, Kevin Hart was named the highest-paid comedian by Forbes. He took over the top spot from Jerry Seinfeld, who had held the position for the past decade prior.

Want to get up close and personal with this comedy giant? Kevin Hart floor seats are available at every show and in most cases, so are Kevin Hart VIP ticket packages. While these premium seats are some of the most in-demand tickets, Ticket Club Premier members can save big with no fees on Kevin Hart tickets.

You can find all Kevin Hart 2019 tickets at Ticket Club as they are added. See all upcoming Kevin Hart tour dates at the top of the page and find out when Kevin Hart is coming to a city near you.