He has captured the hearts of millions as a down-to-earth country singer known for his charming and catchy songs. Find out why Thomas Rhett is one of today's most talked-about artists. Grab your Thomas Rhett tickets from Ticket Club and save big. 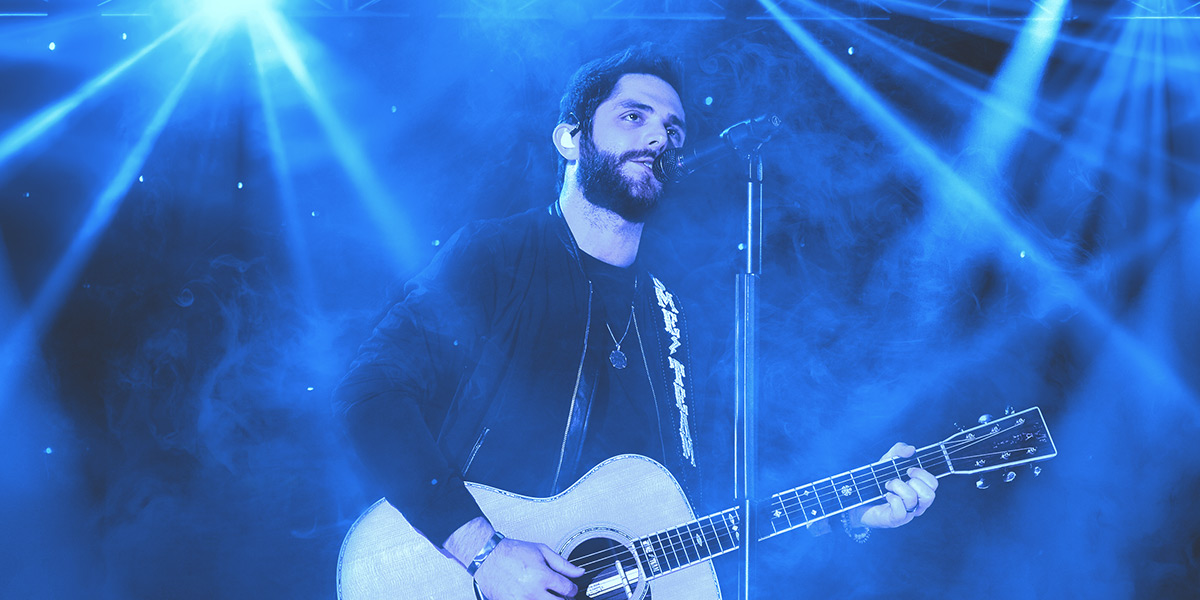 Thomas Rhett took an interest in music from a young age, and by the time he was 20, he landed a publishing deal in Nashville to write for several country artists. He soon joined the spotlight as a solo artist and in 2012, released his debut single "Something to Do With My Hands." Rhett scored his first No. 1 hit a few shortly after with "It Goes Like This," and followed up on that success with subsequent smashes "Die a Happy Man," "Unforgettable," "Craving You," "Life Changes" and "Look What God Gave Her." His talent has earned him several major awards and adoring fans singing loudly at every show. Join the party by seeing Thomas Rhett on tour and grab your Thomas Rhett tickets right here.

Find Thomas Rhett Tickets Near You

Our ticket pages are sorted into two sections. At the top, you will see Thomas Rhett tickets near your current location (or whichever location your device is set to), followed by all general Thomas Rhett tour dates. If you'd like to search by a different location, you can adjust it at the top of the screen.

Want to get up close and personal with this music superstar? Thomas Rhett floor seats are available at every show and in most cases, so are Thomas Rhett VIP ticket packages. While these premium seats are some of the most in-demand tickets, Ticket Club Premier members can score cheap Thomas Rhett tickets with no fees.

Thomas Rhett is one of the most consistent performers in music with new tour dates being added regularly. You can find all Thomas Rhett tour tickets at Ticket Club now. See all the stops and cities scheduled on his latest tour at the top of the page and find out when Thomas Rhett is coming to a city near you.