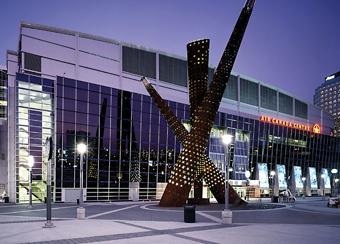 The Air Canada Centre is the premier sports and entertainment venue of the greater Toronto region of Ontario. The 20,000-seat arena draws in hordes of patrons as the home of the Toronto Maple Leafs of the NHL, NBA's Toronto Raptors, and Toronto Rock of the National Lacrosse League.

Tickets for the site's popular events sell fast, so be sure to get yours from Ticket Club before it's too late!