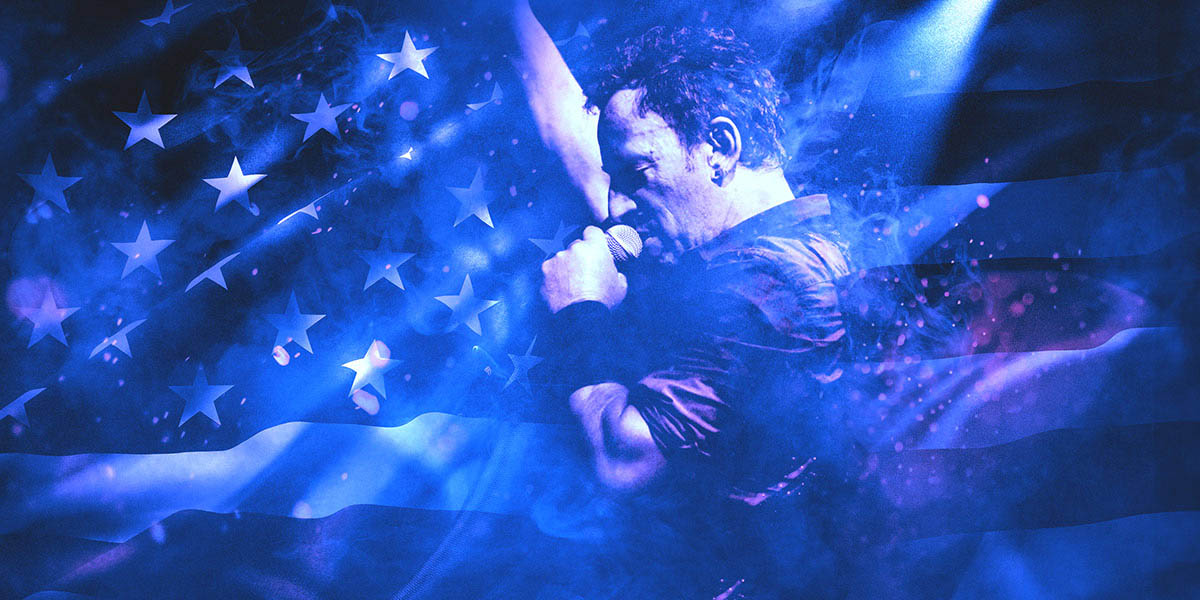 Springsteen on Broadway Tickets With No Service Fees

Bruce Springsteen dropped jaws around the world with the announcement in the summer of 2017 that he would be performing a limited engagement at Broadway’s Walter Kerr Theatre. The Boss, who has filled stadiums throughout the world since his electrifying debut with the E-Street Band in the 1970s, named the production Springsteen on Broadway, and immediately fans were clamoring for the limited engagement tickets.

Stripped-down from the arena act most fans have grown accustomed to on Bruce Springsteen tours, Springsteen on Broadway is an intimate show, with the New Jersey native performing largely solo with his guitar interspersed with spoken word segments. Much of the performance has featured lesser-known songs rather than “hits” – the very antithesis of the modern Broadway “Jukebox” musical.

“Indeed, as portraits of artists go, there may never have been anything as real – and beautiful – on Broadway,” raved Jesse Green in the New York Times.

“It’s not a concert; not a typical one-man-show; certainly not a Broadway musical,” wrote Andy Greene in Rolling Stone. “But it is one of the most compelling and profound shows by a rock musician in recent memory.”

The final performance of Springsteen on Broadway is currently scheduled for December 15, 2018. Bruce Springsteen is performing several shows per week in November and December – minus an 11-day hiatus from his Saturday, November 17 show to Wednesday, November 28.

Initially scheduled for an eight-week run, Springsteen on Broadway ticket prices have sky high as fans have jumped at the chance to see Bruce Springsteen perform in a venue smaller than anything the legendary rock star and songwriter has performed in for a generation. With the box office long sold out, ticket prices on the secondary market have ranged well past $1,000 for every seat in the house for those lucky enough to secure one.

With ticket prices through the roof, catching a premium seat to see this show is a pricey proposition. Springsteen on Broadway orchestra tickets are going for as much as $40,000 for the closing performance on December 15, which means the service fees that other companies will be charging will be equally outrageous.

Unfortunately, there's really no such thing as cheap Springsteen on Broadway tickets. But as far as what you'll pay vs. other websites, you’re in the right place. With Ticket Club’s unique membership model, you can save big compared to other websites by eliminating service fees. If you’re not already a member, it’s just $49.99 for a full year – FAR less than the service fees you’d be paying elsewhere for the same tickets!

Walter Kerr Theatre has served as the home for Springsteen on Broadway since its debut in the fall of 2017. One of the smaller venues on Broadway, the 947-seat theatre has been packed as The Boss has played his acclaimed show just over a year ago. Walter Kerr Theatre tickets for this and other events are always available at Ticket Club.