They’ve dominated country music charts and have become one of the genre’s biggest artists today. Find out why people around the world can’t get enough of Zac Brown Band. Grab your Zac Brown Band tickets from Ticket Club and save big. 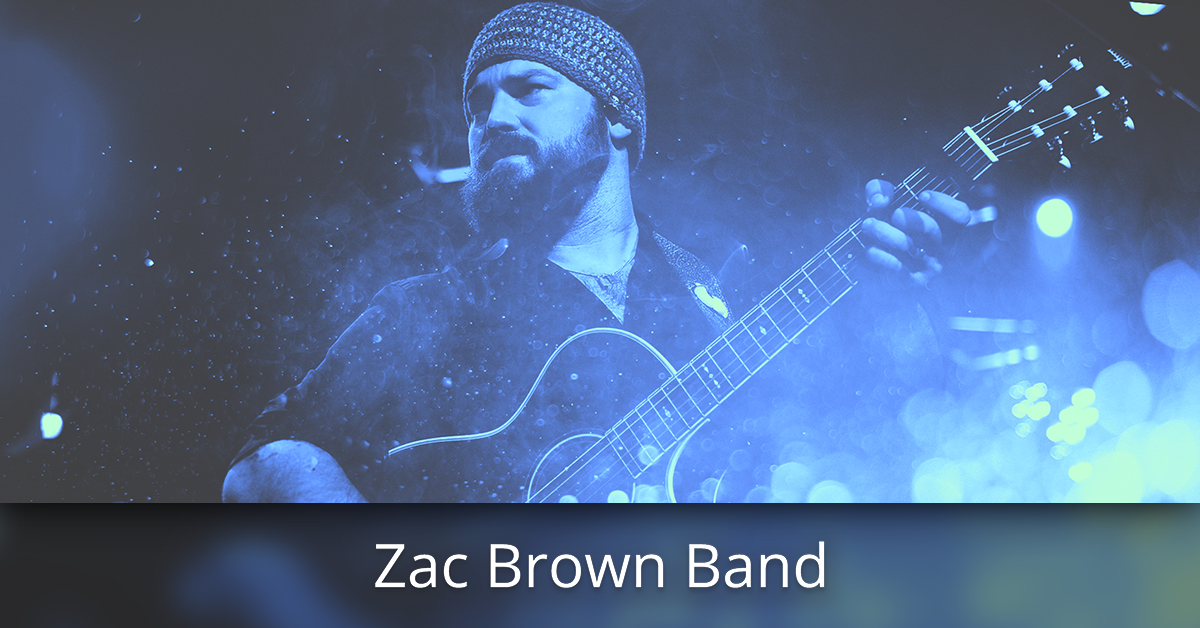 Frontman Zac Brown knew from early on that he wanted a career in music and as a teenager landed gigs in local venues around his Georgia hometown. By the early 2000s, he had established his namesake band and created his own label ready to put out music. The group released their debut single “Chicken Fried” in 2008, which was greeted with immediate success and shot to No. 1 on the country chart. The song helped their debut record The Foundation reach the Top 10 on the Billboard 200 and attain multi-Platinum sales certification, making it their best-selling album to date. The country/rock group saw subsequent albums You Get What You Give, Uncaged, Jekyll + Hyde and Welcome Home top the U.S. country album chart, bolstered by the success of catchy tunes like "Toes," "Keep Me In Mind," "Knee Deep," "Homegrown," and "Loving You Easy."

Our ticket pages are sorted into two sections. At the top, you will see Zac Brown Band tickets near your current location (or whichever location your device is set to), followed by all general Zac Brown Band tour dates. If you'd like to search by a different location, you can adjust it at the top of the screen.

Want to get up close and personal with these country giants? Zac Brown Band floor seats are available at every show and in most cases, so are Zac Brown Band VIP ticket packages. While these premium seats are some of the most in-demand tickets, Ticket Club Premier members can score cheap Zac Brown Band tickets with no fees.

They are one of the most consistent performers in music with a new tour coming nearly every year. Find all Zac Brown Band tour tickets at Ticket Club now. See all the stops and cities scheduled at the top of the page and find out when the latest Zac Brown Band tour is coming to a city near you.