He has one of the smoothest voices in music and is credited with keeping the big band and jazz standard genres alive for a new generation. Find out why millions of people around the world can’t get enough of Michael Buble. Grab your Michael Buble tickets from Ticket Club and save big. 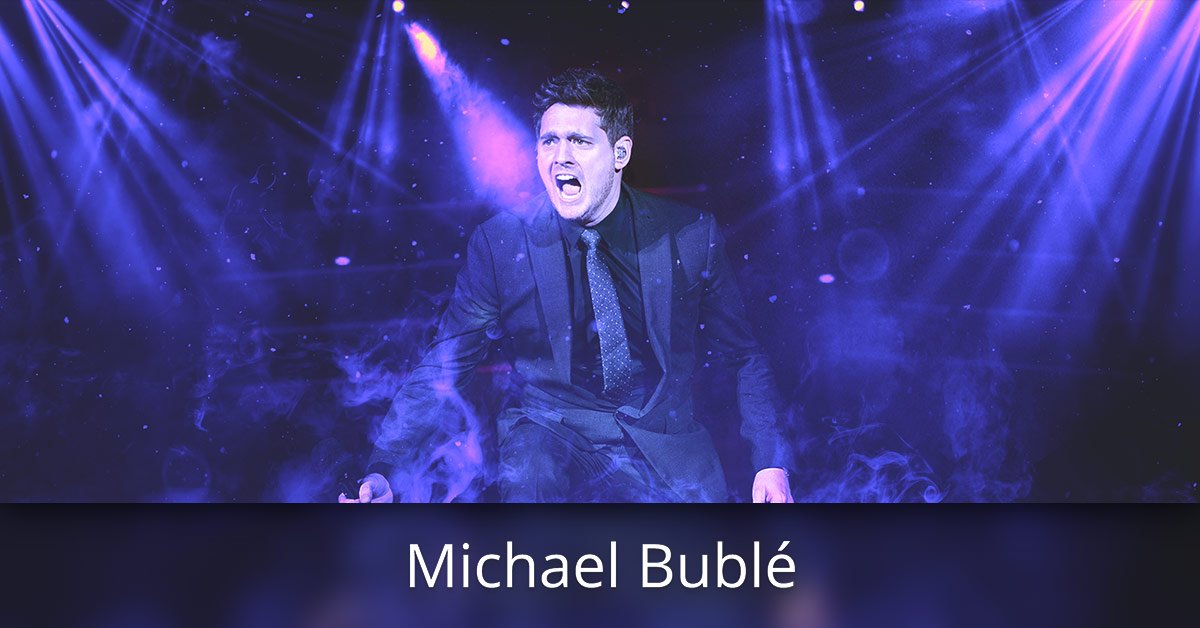 Find Michael Buble Tickets Near You

Our ticket pages are sorted into two sections. At the top, you will see Michael Buble tickets near your current location (or whichever location your device is set to), followed by all general tour dates. If you'd like to search by a different location, you can adjust it at the top of the screen.

After growing up with a desire to be a singer and inspired by his grandfather’s taste in jazz music, Michael Buble set out to make it in the business from early on. He had been discovered in various talent shows and released a few independent records, but it wasn’t until he was introduced to famed producer David Foster that his career took off. Buble has carved out a signature style all his own, channeling the likes of Bing Crosby, Frank Sinatra, and Dean Martin while also remaining relevant to modern pop music.

Buble has headlined venues around the world and sold millions of albums over the course of his career. He has drawn comparisons to his musical inspirations while maintaining a diverse fan base spanning multiple generations. His career accolades include multiple Grammys, Juno Awards, American Music Awards and a star on the Hollywood Walk of Fame.

Among Michael Buble’s greatest hits are Top 10-charting originals “Everything,” “Haven’t Met You Yet,” “Hollywood,” “Nobody But Me,” “Lost,” “It’s a Beautiful Day,” and “Home.” In addition, he has put his own spin on beloved standards such as “Can’t Help Falling In Love,” “Come Fly With Me,” “I’ve Got the World On A String,” “L-O-V-E,” “That’s Life,” “The Best Is Yet To Come” and “Feeling Good.” Buble has also collaborated with a variety of notable artists, including Meghan Trainor, Shania Twain, Idina Menzel, Tony Bennett, Bryan Adams and Boyz II Men, among others.

Want to get up close and personal with the charming crooner? Michael Buble floor seats are available at every show and in most cases, so are Michael Buble VIP ticket packages. While these premium seats are some of the most in-demand tickets, Ticket Club Premier members can save big with no fees on Michael Buble tickets.

All tickets for the latest Michael Buble tour tickets are available at Ticket Club now, plus additional performances as they are announced. See all cities scheduled at the top of the page and find out when the Michael Buble tour is coming to a city near you.