He’s become one of the world’s most recognizable artists with a distinct style spanning several genres of music. Find out why millions can’t get enough of Kid Rock. Grab your Kid Rock tickets from Ticket Club and save big. 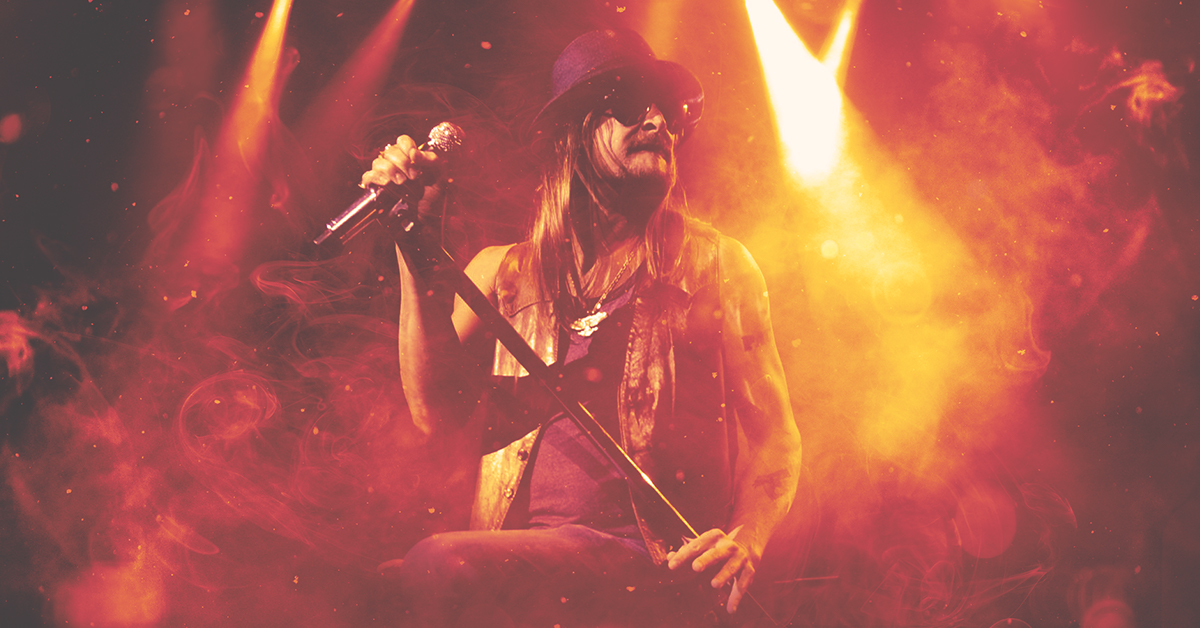 Find Kid Rock Tickets Near You

Our ticket pages are sorted into two sections. At the top, you will see Kid Rock tickets near your current location (or whichever location your device is set to), followed by all general Kid Rock tour dates. If you'd like to search by a different location, you can adjust it at the top of the screen.

Kid Rock launched his career in the late 1980s as a rapper, and at only 17-years-old, he landed a record deal and released his debut album Grits Sandwiches for Breakfast. Throughout the 1990s, his sound evolved to lean more into the rock genre though his onstage persona remained that of a hip-hop artist, and in the 2000s, Kid Rock ventured further into other genres when he explored country and Southern rock sounds.

It is with his country/rock sounds that Kid Rock found his greatest success, particularly with the country ballad “Picture,” a duet with Sheryl Crow, and the breezy “Sweet Home Alabama”-sampled “All Summer Long.” The two tracks remain Kid Rock’s best-selling and highest charting singles to date. While he may be a polarizing figure known for his outlandish stunts and controversial antics, Kid Rock has proven himself as a performer with a prominent place in music.

Kid Rock has become best-known for hits “Only God Knows Why,” “Lonely Road of Faith,” “Cowboy,” “All Summer Long” and “Greatest Show on Earth.” He is also known for collaborations with Sheryl Crow (“Picture”), Zac Brown Band (“Can’t You See”), and Uncle Kracker (“Good to Be Me”).

Despite being in the music business for 10 years already, Kid Rock was nominated for Best New Artist at the 2000 Grammys, though he lost out on the award to Christina Aguilera.

Want to get up close and personal with this versatile musician? Kid Rock floor seats are available at every show. While these premium seats are some of the most in-demand tickets, Ticket Club Premier members can score cheap Kid Rock tickets with no fees.

As his performance schedule keeps building, you can find all Kid Rock tour tickets at Ticket Club now. See all the stops and cities scheduled at the top of the page and find out when the latest Kid Rock tour is coming to a city near you.