With a signature husky voice that’s sold millions of records, Dierks Bentley is one of the most successful artists in modern country music. Grab some friends and get ready to sing along in a concert experience you won’t forget. Get your Dierks Bentley tickets from Ticket Club and save big. 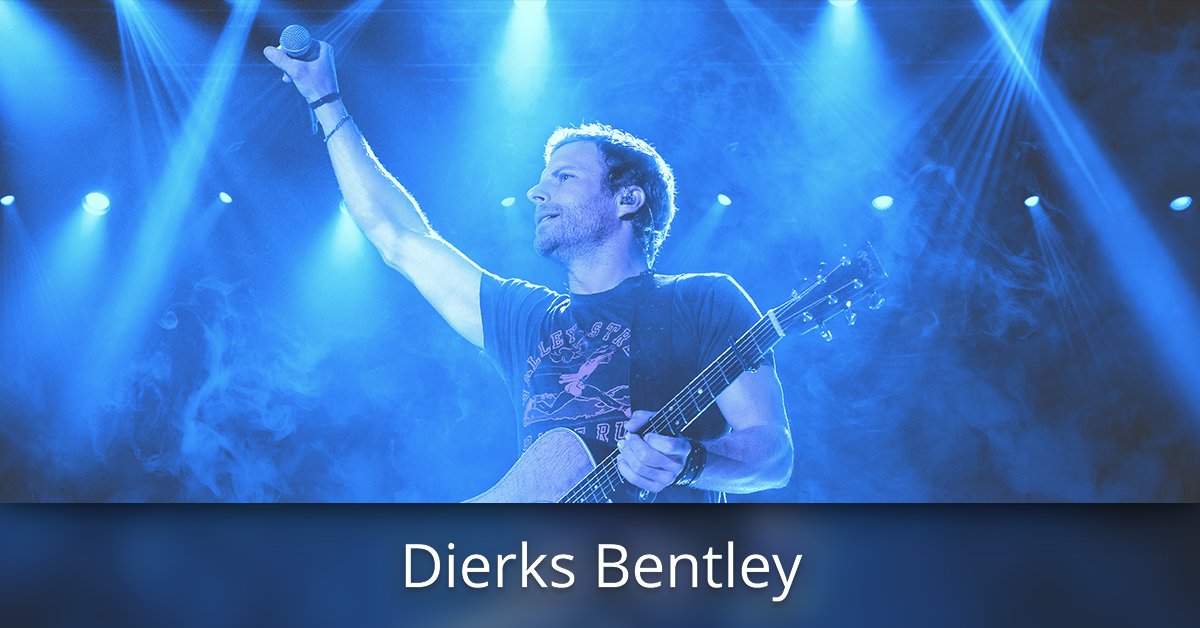 Dierks Bentley launched his illustrious career in 2003 with the release of his self-titled debut album. He immediately struck gold with debut single “What Was I Thinkin’,” which went on to reach No. 1 on the U.S. Country chart. He followed it up with his Platinum-certified sophomore album, 2005’s Modern Day Drifter, which gave the singer another pair of No. 1 songs. By then, Dierks Bentley had cemented his status in country music with his induction into the genre’s elite Grand Ole Opry, making him the third-youngest artist to earn the honor. Fast forward to today, and Dierks Bentley has sold millions of albums, recorded over 15 No. 1 songs, sold out venues across the world and won various music awards. See him give a showstopping performance in a city near you and get your Dierks Bentley tickets right here.

Find Dierks Bentley Tickets Near You

Our ticket pages are sorted into two sections. At the top, you will see Dierks Bentley tickets near your current location (or whichever location your device is set to), followed by all general Dierks Bentley tour dates. If you'd like to search by a different location, you can adjust it at the top of the screen.

Want to get up close and personal with this music superstar? Dierks Bentley floor seats are available at every show for the ultimate fan experience. While these premium seats are some of the most in-demand tickets, Ticket Club Premier members can score cheap Dierks Bentley tickets with no fees.

You can find all Dierks Bentley tour tickets at Ticket Club now, plus future performance dates as they are announced. See all the stops and cities scheduled on the latest Dierks Bentley tour at the top of the page and find out when he is coming to a city near you.