With millions of records sold and a remarkable career spanning five decades, Bob Seger is one of the world's biggest rock stars. He has spent years touring the world but will soon give it all up so don't miss out on seeing one of the final performances from this legendary rocker. Grab your Bob Seger tickets from Ticket Club and save big. 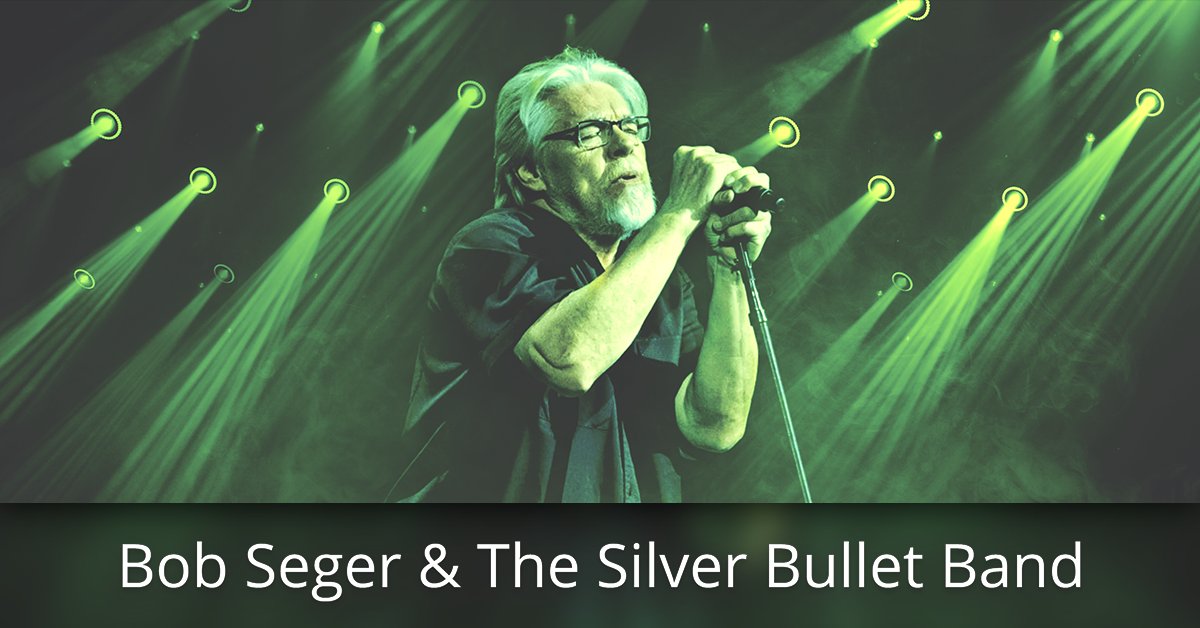 Find Bob Seger Tickets Near You

Our ticket pages are sorted into two sections. At the top, you will see Bob Seger tickets near your current location (or whichever location your device is set to), followed by all general tour dates. If you'd like to search by a different location, you can adjust it at the top of the screen.

Seger launched his career in the early 1960s in his native Detroit, where he served as the frontman of various local bands. Seger found considerable success with these ventures, particularly when he released single "Ramblin' Gamblin' Man" in 1969 with The Bob Seger System. However, by 1971, Seger had departed another band and opted to fly solo. While he gained more traction as a solo artist, Seger struck gold in 1974 when he formed the Silver Bullet Band. They would release seven studio albums over the next two decades, six of which achieved multi-Platinum sales certification.

Seger also continued as a solo artist and remains one of the most celebrated pioneers of American rock history thanks to his signature raspy voice and songs that touch on blue collar life.

Bob Seger's impressive catalog of hits include Top 40 hits "Night Moves," "Ramblin' Gamblin' Man," "Still the Same," "We've Got Tonight," "Against The Wind," "Shakedown" and "Like a Rock." However, he perhaps remains most synonymous with the 1979 hit "Old Time Rock and Roll," which grew in popularity years after its release thanks to a memorable feature in the film Risky Business. In addition, to his own recordings, Seger teamed up with The Eagles' Don Henley and Glenn Frey to write their smash single "Heartache Tonight," which topped the Billboard Hot 100 chart. All this success has culminated in Seger releasing not one but two Greatest Hits albums.

The Recording Industry Association of America named Seger's "Old Time Rock and Roll" one of the top Songs of the 20th Century.

Want to get up close and personal with this music superstar? Bob Seger floor seats are available at every show and in most cases, so are Bob Seger VIP ticket packages. While these premium seats are some of the most in-demand tickets, Ticket Club Premier members can save big with no fees on Bob Seger tickets.

With his Travelin' Man Tour slated to be his last, this is your last change to see Bob Seger in concert. Find all Bob Seger 2019 tickets at Ticket Club now. See all the stops and cities scheduled on the tour at the top of the page and find out when Bob Seger is coming to a city near you.