He has quickly become one of the most successful artists of his generation and has the songs, dance moves, and fans to prove it. Bruno Mars is a must-see performer by so many standards and knows how to put on an unforgettable show. Grab your Bruno Mars tickets from Ticket Club and save big. 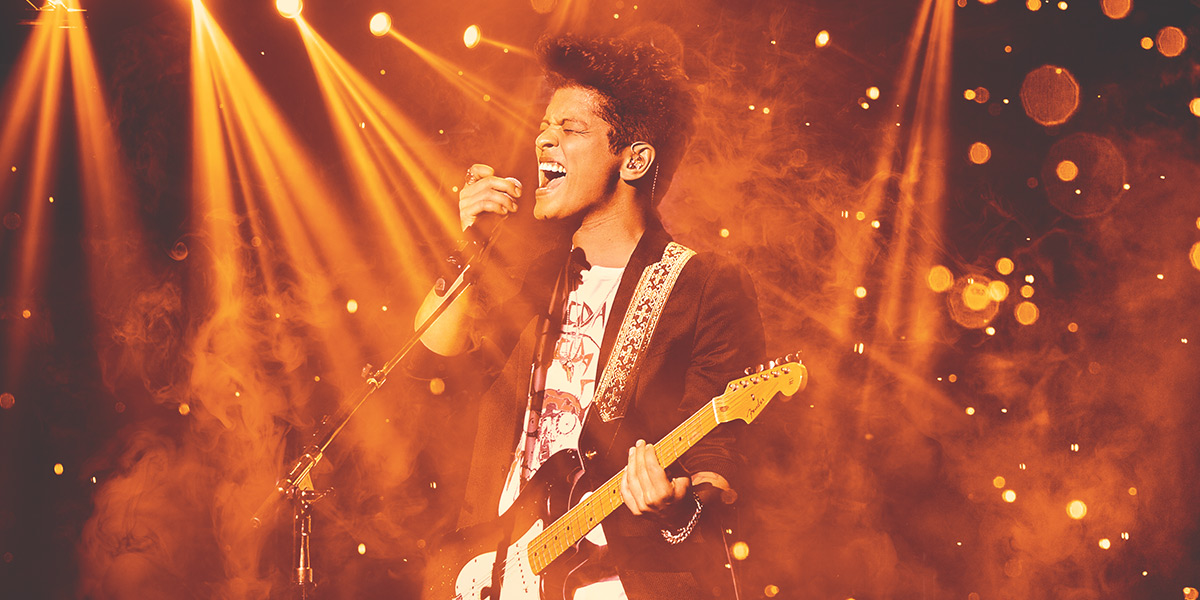 He's earned comparisons to Michael Jackson and Prince, and Bruno Mars proves he's got what it takes to be the ultimate showman every time he takes the stage. He's performed in some of the biggest venues around the world, including serving as Super Bowl halftime show headliner. With smash hits like "Uptown Funk," "24K Magic," "Just the Way You Are" and "Grenade," every Bruno Mars concert will have you up on your feet dancing and wanting more.

Find Bruno Mars Tickets Near You

Our ticket pages are sorted into two sections. At the very top, you will see Bruno Mars tickets near your current location or whichever location your device is set to, followed by all general Bruno Mars tour dates. If you'd like to search by a different location, you can adjust it at the top of the screen.

Want to get up close and personal with this music superstar? Bruno Mars floor seats are available at every show and in most cases, Bruno Mars VIP ticket packages. While these premium seats are some of the most in-demand tickets, Ticket Club Premier members can save big on cheap Bruno Mars tickets with no fees.

You'll find all Bruno Mars tour tickets on Ticket Club now, plus additional performances as they are announced. See all upcoming dates and cities scheduled at the top of the page to see when the latest Bruno Mars tour is coming to a city near you.